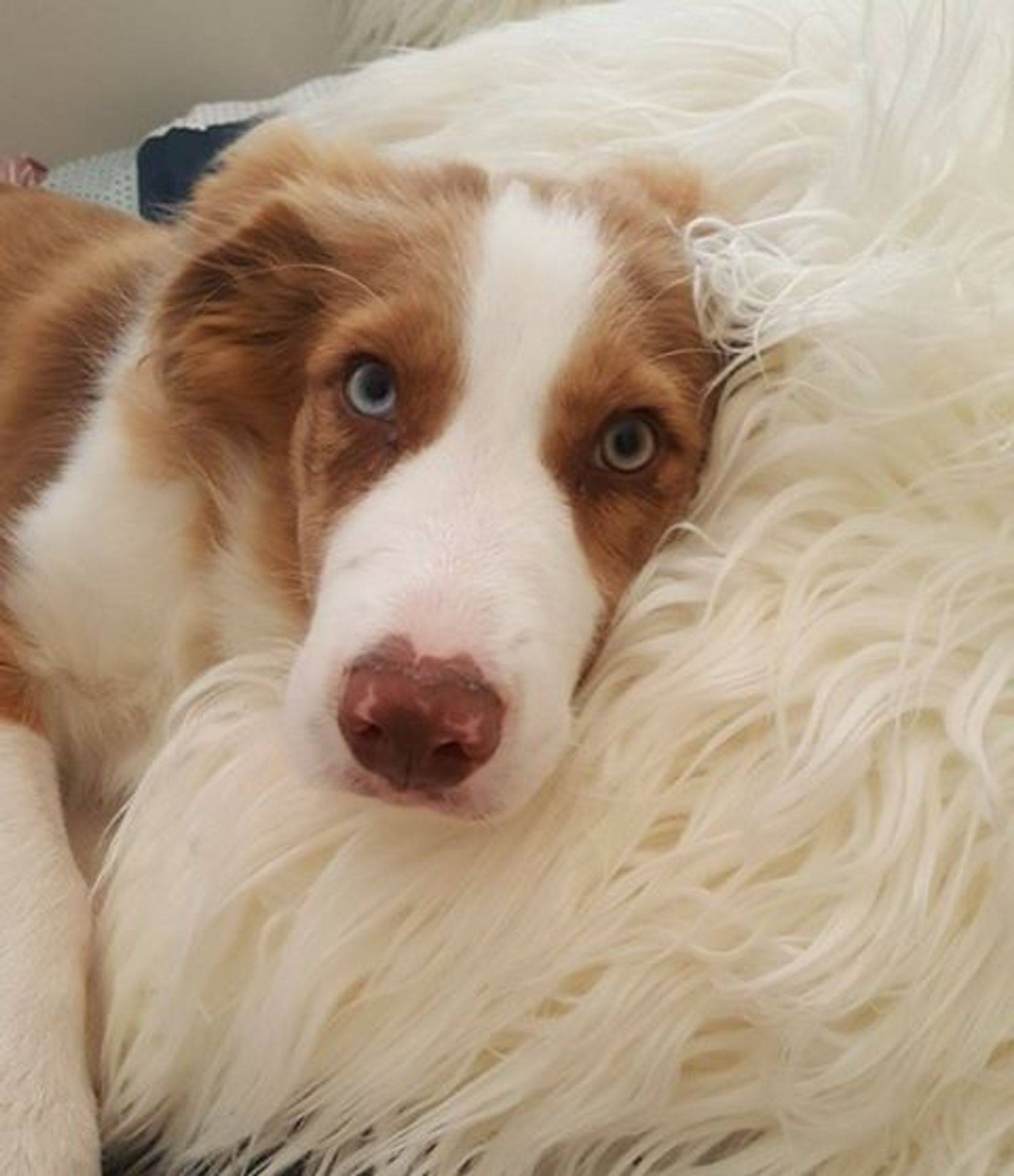 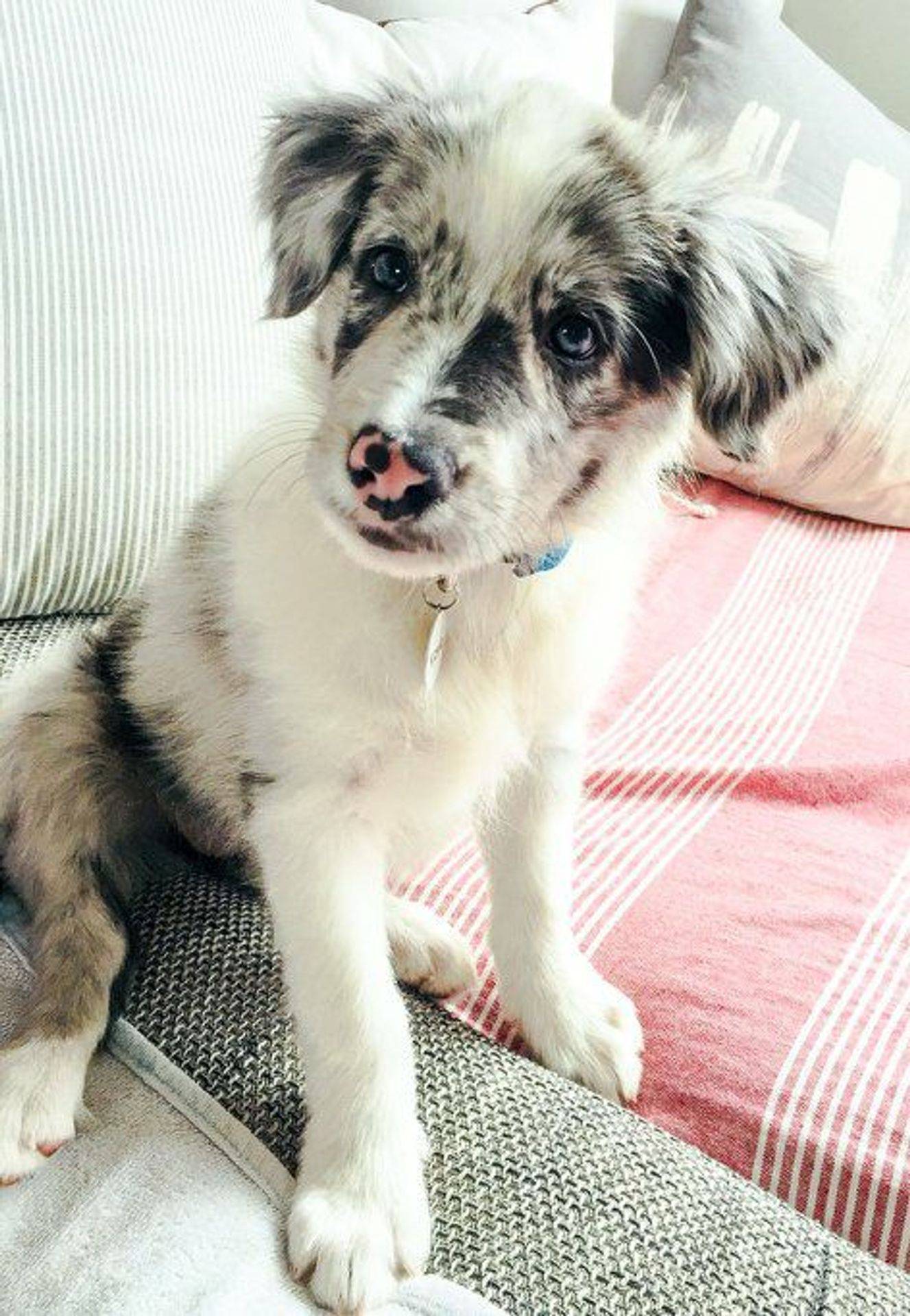 All colours of the rainbow! There are three topics you shouldn’t discuss with friends:

Talking frankly about spay/neuter is worth the backlash however because the health risks associated with it, especially when done in a young dog, are worthy of discussion. That isn’t to say that dogs shouldn’t be spayed or neutered; that’s a personal decision best left to the pet owner. Like vaccines and most routine veterinary procedures however, vets spend a lot of time discussing why you should spay or neuter your dog, but spend very little time talking about why you shouldn’t. The goal of this article is to give you the information your vet doesn’t, so you can make the best possible decision for your dog.

I’ll preface the article by stating that I breed Labrador Retrievers, a breed that can be prone to hip and elbow dysplasia, as well as cruciate tears. The families that get one of my puppies receive a warranty of sorts, saying that I have done everything I can to prevent these issues and if, despite my best efforts, the puppy I’ve bred ends up with a debilitating joint issue, I will refund the purchase price to the puppy’s family.

There is one disclaimer however and it’s as follows: if the family decides to spay or neuter the puppy before 24 months of age, my warranty is null and void. The reason is that research shows I can’t guarantee the puppy’s joints won’t be affected by this seemingly simple medical procedure. Spay neuter and joint disease are now shown to be related and this surgery has the capability of permanently changing a healthy puppy joint into an unhealthy one.

At the heart of the matter is how spay/neuter affects the dog’s hormones. When a dog’s reproductive organs are surgically removed, the sex hormones they produce also disappear. The sex hormones are responsible for more than just sexual behaviors and one of their responsibilities is regulating growth.

Breeders can readily spot the difference between an intact dog and a neutered dog: neutered dogs have longer limbs, narrower heads and bodies, and they are lighter in bone. When the sex hormones are removed, the growth hormones are missing important regulatory input and the bones continue to grow longer than they ought to. Studies have proven this to be true (Salmeri et al, JAVMA 1991).

In each long bone there is a growth (epiphyseal) plate, which is a band of cartilage found near the joint. This growth plate lays down bone as a puppy develops and, as it builds bone, the bone becomes longer and the puppy gets larger and taller. Once maturity is reached, this growth plate turns into bone and the puppy’s full height is reached.

When dogs are sterilized before maturity, the closure of some but not all growth plates may be delayed and this would be especially true if a dog is sterilized when only some of his growth plates are closed.

The dog’s elbow and stifle joints are similarly designed. Above each joint is one bone (the humerus and femur respectively), and below are two bones (in the elbow there is the radius and ulna and in the stifle there is the tibia and fibula). One bone effectively sits on two. What would happen if one of those bones underneath the joint stopped growing before the other bone and they ended up being different lengths? It would be very much like building a house on a slope: the weight of the home wouldn’t be evenly distributed and there would be increased load at the lowermost corner of the house.

The same could very well happen in the elbow and stifle joint when closure of the growth plates is artificially delayed and this could in turn lead to increased risk of both elbow dysplasia and cranial cruciate ligament tears.

Chris Zinc DVM PhD DACVP explains, “…if the femur has achieved its genetically determined normal length at eight months when a dog gets spayed or neutered, but the tibia, which normally stops growing at 12 to 14 months of age continues to grow, then an abnormal angle may develop at the stifle. In addition, with the extra growth, the lower leg below the stifle likely becomes heavier (because it is longer), and may cause increased stresses on the cranial cruciate ligament.”

The thought of hip dysplasia is enough to strike fear into any large breed dog lover. For that reason, the bulk of research on spay/neuter and joint disease is focused on this disorder.

Dogs who are sterilized before the age of six months have a 70% increased risk of developing hip dysplasia. The authors of this study (Spain et al, JAVMA 2004), propose that “it is possible that the increase in bone length that results from early-age gonadectomy results in changes in joint conformation, which could lead to a diagnosis of hip dysplasia.”

There is more evidence that spay/neuter can increase the risk of hip dysplasia. Van Hagen et al (Am J Vet Res, Feb 2005), found that of the sample dogs diagnosed with hip dysplasia, those that were neutered six months prior to the diagnosis were nearly twice as likely to develop hip dysplasia.

Interestingly, a study by Dannuccia et al (Calcif Tissue Int, 1986), found that removing the ovaries of Beagles caused increased remodeling of the pelvic bone, which also suggests an increased risk of hip dysplasia with sterilization.

Although not technically a joint issue, osteosarcoma is a cancer of the bone. This bears mentioning because spayed and neutered dogs are twice as likely to develop this deadly disease (Ru et al, Vet J, Jul 1998).

In another study, male Rottweilers, a breed susceptible to osteosarcoma, were nearly four times more likely to develop osteosarcoma than intact dogs (Cooley et al, Cancer Epidemiol Biomarkers Prev, Nov 2002). In fact, Rottweilers spayed or neutered before one year of age had a 28.4%(males) and 25.1% (females) risk of developing osteosarcoma. Interestingly, the researchers concluded from their results that the longer the dogs were exposed to sex hormones, the lower their risk of osteosarcoma.

There are other related risks with spay/neuter, including an increased risk of many cancers, hypothyroidism, diabetes, urogenital disorders, cognitive impairment, obesity and adverse vaccine reactions – not to mention the risk associated with the surgery and the anesthetic. These risks should all be considered when it comes time to decide if spay/neuter is an option for your dog.

What does seem to be clear is that the risk of joint disease in particular is greatly exaggerated if the dog is sterilized before the growth plates close. It’s important to remember that the sex hormones do play a synergistic role in your dog’s growth and development and their removal will create imbalance in the body. Just what the fallout from this imbalance entails remains to be seen, as research into the effects of sterilization is in its infancy, even though hysterectomies on humans and spay/neuter on dogs has been accepted as a normal procedure for decades!

The age at which the growth plates close is entirely dependent on the dog and the breed. In general, the larger the dog, the later the growth plates will close. In giant breeds, this could be nearly two years of age.

Getting back to my puppy contract, given the above research, I simply can’t guarantee the puppies I breed will have healthy joints if they are spayed or neutered, especially before the age of two. Whether the puppy’s family decides to keep their dog intact or sterilize him after that age is entirely up to the family. I do an extremely good job of screening the homes that apply for one of my puppies and if they aren’t responsible enough to keep an intact animal, they certainly aren’t responsible enough to deserve one of my precious puppies in the first place.

People who are involved in rescues and shelters may have a different view on this and they are certainly entitled to it. When considering if and when your dog should be spayed or neutered however, it’s important that you make the decision based on facts and try to steer clear of an emotional response that may affect the health and longevity of your dog. It’s really not for me – or your vet – to dictate what you should do with your dog.

Happily, there are alternatives to the complete removal of the sexual organs. Vets are starting to experiment with zinc injections to sterilize male dogs. This leaves about half of the circulating testosterone available to the body. Vasectomies and tubal ligations are also becoming more popular and they have the happy consequence of less interference with the sex hormones – and your dog gets to keep his reproductive organs right where nature intended them to be.